“GROWX will feature education, business, and networking components all developed to bring together experts, industry insiders, and end users,” said Waslen. “Our new format will allow for a fun, vibrant and productive atmosphere while attendees will get the freshest look at the latest technology, products, and techniques.”

Along with the exhibition, GROWX will also feature a speaker series, exciting sponsorship opportunities, an active social media component, and a variety of features to ensure a successful event for exhibitors and attendees.

For the rest time, as acceptance grows in many states and jurisdictions, a medicinal cannabis component will be featured at GROWX. Seminars on insurance and nancing, along with other business related information sessions will be offered alongside the latest in cannabis products and technology.

A short but sweet 46-year-old tradition at the University of Michigan in Ann Arbor every April, the Hash Bash is an hour-long collection of speeches, live music, street vending and occasional civil disobedience. In 2015 the Bash boasted a record 8000-15,000 attendees, largely owing to the appearance of Tommy Chong.

The Global Cannabis March in Vienna will start at noon on May 14th. This annual event celebrates cannabis and protests the War on Drugs focusing on Cannabis laws around the world. 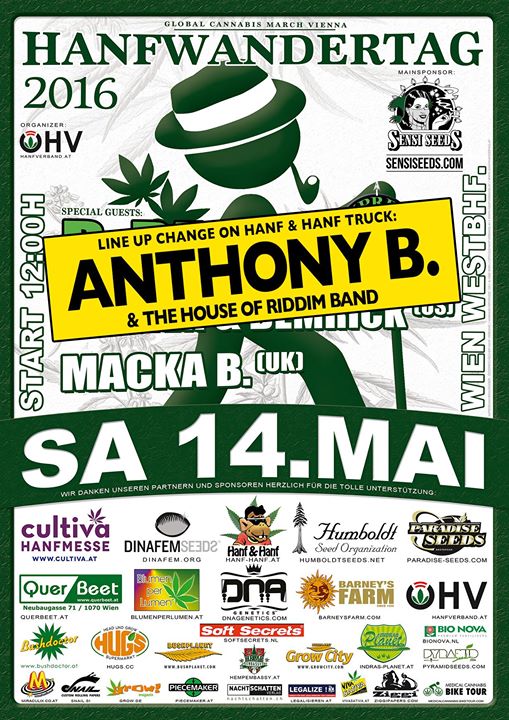 The cannabis economy is the world’s fastest growing economy, and Israel has an outstanding track record of innovative R&D across all sectors & verticals. Together we are standing on the brink of a medical technology revolution that will change the lives of millions of patients around the world.

Now is the time for companies, entrepreneurs, researchers and investors to develop innovative solutions to answer the growing demands of this new market. CannaTech is where that conversation begins in earnest.

Leading luminaries, engaging topics and great networking are all waiting for you between March 7th-9th 2016.

Tickets run from $200 to $600 per person. Plus fees and accomodations.