A Trip Through the Sixties – The Student Rights Movement

The most exciting things going on in America today are movements to change America…The futures and careers for which American students now prepare are for the most part intellectual and moral wastelands. This chrome-plated consumers paradise would have us grow up to be well-behaved children.
– Mario Savio (Free Speech Movement organizer, 1964) 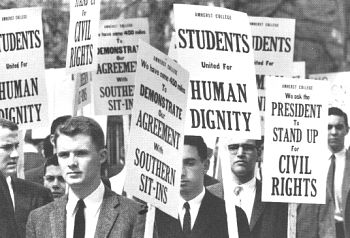 Students aided the Civil Rights Movement (1960)
An outgrowth of the Civil Rights Movement, the Student Rights movement began when students who had participated in the Civil Rights marches brought that same activism right back to the college campuses. As the students became more organized, they formed the SDS, Students for A Democratic Society. In the Port Huron Statement (1962), the SDS set out an ambitious agenda for American students to change society. The SDS led teach-ins at schools from coast to coast and soon thousands of students were joining this new movement for expanded human rights.

At UC Berkeley in 1964 students were prohibited from political activities on campus property. Shocked that they couldn’t exercise their freedom of speech on their own campus, the students held rallies on the steps of the Administration building (Sproul Hall) and sit-ins inside demanding their rights. This was the start of the Free Speech Movement.

Many students were beaten, arrested, and some are suspended including Mario Savio, a leader of the movement and one of the more outspoken student protesters. Eventually the Berkeley faculty members came up with a proposal to restore free speech and the University Chancellor was replaced. As students around the country encountered similar restrictions, they started to demand their Universities and colleges be more responsive to their needs. 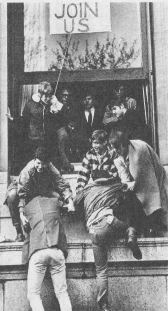 Students demanded more freedom to be politically active, to change the established curriculum (like adding minority studies) and to have accountability by the administration for its actions in the greater community. All over the USA, students whose requests were initially scoffed at, suddenly were taking over administration buildings, holding sit-ins and issuing long lists of demands. Radical student newspapers popped up encouraging even more students to get involved in the issues of the day. 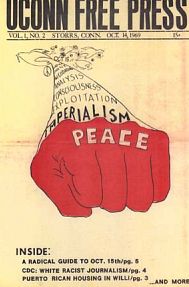 The student movement mobilized young people like never before. Their protests on campuses and in the streets were often met with excessive police brutality. In one notorious scenario, students and residents of Berkeley, California turned a dusty campus parking lot into a People’s Park, liberating it and fixing it up for the use of the community. In response, the governor, Ronald Reagan called in the National Guard who fenced off, and guarded the park. When the people took to the streets to protest this action, they were met with a hail of bullets that killed and injured many students and citizens.

If it takes a bloodbath, let’s get it over with!
– Gov. Ronald Reagan 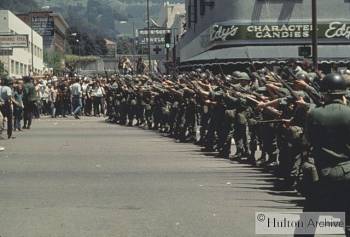 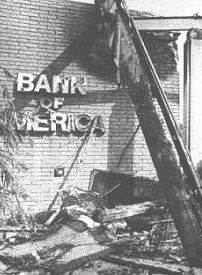 As the Vietnam war got into gear, students were being denied deferments and drafted. So the students widened their agenda to include the Vietnam war, anti-ROTC actions, anti-capitalist actions. A more radical offshoot of the SDS, the Weathermen, decided to fight back against the system with an orchestrated bombing campaign against corporate targets across America. 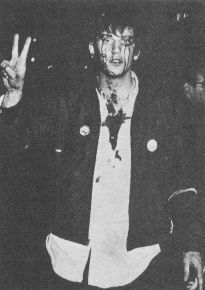 Revolution was in the air, and some groups were getting ready for it…

Posted in A Trip Thru The Sixties